Dave Day, ECD of Crispin Porter Bogusky, explains why – ahead of the IPA’s report on diversity in advertising – we all need to pay more attention to the issue of social mobility in the industry.

January or February is usually the time of year that the Institute of Practitioners in Advertising (IPA) reveals the latest statistics around diversity in the UK industry. We’ll have to wait a little longer for this year’s report however, as word has it that it is not due to go live until April.

2020 is an important year for the IPA, and indeed all of us, as it’s the self-imposed date by which the organisation’s gender and ethnic diversity targets should have been met. Call me a Debbie Downer, but I doubt I’m alone in suspecting that the eventual report will reveal there is still much work to be done to get the industry to where it should be. That said, there’s been notable progress made in supporting gender and ethnic diversity, and numbers are moving in the right direction – albeit too slowly.

Sadly, the same can’t be said with regards to social mobility in Adland. MediaCom recently put out a report showing that close to a quarter of people in the advertising industry have been privately educated – that’s more than three times the national average. The figure rises to nearly one in three for those in leadership positions.

Advertising is just too elitist. OK, to be fair, we’re not alone – absolute social mobility into all elite occupations has declined rather than improved in recent years. Research last December from the Sutton Trust in partnership with LSE revealed that while one in five men in professional occupations who were born between 1955 and 1961 became socially mobile, the figure for those born between 1975 and 1981 is only one in eight.

People my age are quite simply less likely to break free of their socioeconomic shackles than their parents were. And for the youngsters, the stats are even worse!

The brutal truth is that socioeconomic inclusion or exclusion is less discernible than ethnic or gender diversity, but that doesn’t mean it’s not equally important for an industry whose job it is to understand the masses, speak their language and create reasons for them to engage with clients’ brands.

Is it any wonder that a 2018 report from Reach Solutions called Adland ‘dangerously out of touch’ with everyday people, and identified a profound disconnect between our industry and “the very people it is seeking to engage and influence?”

And the situation isn’t going to resolve itself any time soon. The authors of the Sutton Trust report claim that London – the ad industry’s heartland – is essentially off-limits to ambitious people from poorer backgrounds who grow up outside the capital.

The cost of living is just too high for those with lower socioeconomic means, particularly when it comes to low-paid internships which for many mark that first, all-important ‘job’ – particularly so in Adland.

Not many people know it, but I was once a farmer. In Cornwall. People didn’t really do education where I grew up, so as soon as I could, I left school. I decided farming wasn’t, in fact, for me, and got a job being the ‘office tea boy’ in a design firm in Plymouth.

I am proud to be a product of social mobility: part good fortune (I have a lot to thank those Plymouth designers for), part hard graft. Dare I say it, I think that reality helps me keep things real as a Creative Director. It keeps me on the straight and narrow, focused on always being relevant to the majority, and nudging me and the team to produce work that makes broad swathes of people feel that they belong.

Something that’s always stuck with me was a lecture I once attended at a top London ad agency. The speaker asked what the most popular comedy show on TV at that time was. The audience scoffed at the answer – Mrs. Browns Boys, which won ‘Best Comedy’ at the National Television Awards, for the fifth year running, beating out the likes of Fleabag and causing howls of online outcry from the middle classes.

Whether you like the show or not isn’t really the point; what that lecture – and those recent howls – revealed was not just a group of people out of touch, but openly unwilling to accept the truth. Dig a little deeper and you could assume that the show’s popularity is largely due to an audience’s general unhappiness and a desire to return to better, simpler, less postmodern times. I’m not suggesting the show’s creator Brendon O’Carroll caused Brexit, but it’s important; if you’re going to work in this industry, to understand and accept the way the general public feel.

Honestly, you’re better equipped to do that if you come from a place that’s lived it.

So, back to the IPA and their diversity report for 2020. When they announce this year’s findings, the group will presumably also be setting out new gender and BAME targets for the next five years, I’d love to see them widen their scope and commit to also looking at socio-economic inclusion moving forward. And if they’re up for a new, dedicated task force led by a humble ex-farmer, consider my hat officially thrown in the ring. 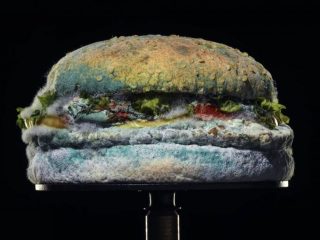 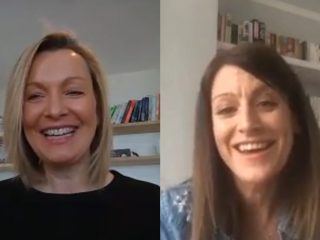