Sarah Beatty, Copywriter at Crispin Porter Bogusky on how advertising can keep it real, and truly reflect modern society.

Lockdown has given so many of us a rare opportunity for internal reflection, to extend our creative capabilities, and to rethink everything that’s gone before in a new and enlightened way. Or to put it differently: to just watch loads of telly. In fact, a report from broadcasting regulator Ofcom last week found that the average Brit spent 40% of their waking life – or six hours and 25 minutes each day – watching TV during lockdown in April. That’s a whole lot of screen time which, when you subtract being glued to the news for pandemic updates, was mostly spent binge watching movies and TV series.

“Misogyny dressed as creativity is just about as out-of-touch as it gets these days.”

Nostalgia gets a reset

Social science research has shown that the quality of shows can influence us in important ways, shaping our thinking and political preferences, even affecting our cognitive ability: You are what you watch. Personally, I watched more than my fair share of films from my youth (90s/00s) during lockdown. And it got me thinking; some of these films have aged well. Some haven’t, and largely in terms of what is considered socially acceptable behaviours. Did I recognise certain conduct back when I was 15 as inappropriate? No. Too much social conditioning. Thankfully many things have changed since then, and my tolerance levels have too. Take ‘Cruel Intentions‘ (1999), which is all sorts of wrong. The lead character, a sexual predator, assaults the female characters yet comes out the hero because, well, he fell in love and then accidentally died. So that makes him okay. (Whereas Sarah Michelle-Gellar’s character is vilified for what? Being sexually liberated and doing a bit of coke on a Friday? True, she was at school.)

By contrast, ’10 Things I Hate About You‘ (1999), thankfully, is still an absolute classic. Perhaps one inappropriate grope from the lead who thinks that forcefully kissing Julia Stiles’ character is okay. But to be fair, this was pre #MeToo. On the whole, great gags, and I can still remember it line for line. And when the teacher complains that there aren’t enough Black writers on the school syllabus, it feels like ‘Yeh good point, hopefully that’ll be solved in 20 years’ time’. Right?

Looking at the two contrasting examples above, it begs the question: What kind of stuff we make now will age well? What won’t? Why? And what insight into the role of film, and indeed advertising, in shaping social consciousness do the answers to those questions provide us?

Putting the ‘modern’ in modern day

Netflix’s latest ‘Eurovision’ movie (2020) with Will Farrell had me disappointed on many levels, both as a massive (original) Eurovision fan and of Farrell films in general. Aside from the fabulous synchronised swimming whales and the homage to Iceland’s love of elves, there were at least three penis-size related jokes. Base humour I thought (which also prompted my nephew and nieces aged 12,10 and 8 to ask Alexa how big the largest penis in the world was. Answer: It belonged to an American, Alexa told us. 13 inches). Verdict: Eurovision will not age well.

The streaming giant’s ‘Hollywood‘ on the other hand will I think only get better with time. An alt-history drama that reimagines the 40s as if the biggest film production house had been a cultural trailblazer, ‘Hollywood’ bravely explores themes of race and homosexuality. Imagine: At a time when ‘Gone with the Wind’ Oscar winner Hattie McDaniel, wasn’t even allowed to sit with her co-stars in the ceremony because of segregation, the show reminds us just how different TV and film – and workplaces and society? – would look now if production houses had been truly brave back in the day.

So, what can we learn? And how can we use these learnings in the ad industry, which is after all a microcosm of the larger global movie industry?

“Sometimes to move the needle, you have to be prepared to be divisive in order to engender social change.”

As a teenager, period blood was a blue liquid. Now it’s red. OK, that’s some progress, at least in terms of addressing a taboo. But there’s so much more to be done if advertising is to truly reflect modern society. These aren’t new ideas, but here’s a simple 1,2,3 checklist that I think we all should keep pinned above our desks, to keep us on the straight and narrow, to keep things real in our industry:

1.     Goodbye bro culture: While Netflix’s ‘Eurovision’ creators didn’t fully get the Bro Culture memo, we in the ad industry absolutely have to up our game. Misogyny dressed as creativity is just about as out-of-touch as it gets these days. When it comes to the way we speak to and about women, we still have a very long way to go in our industry. Stylist magazine’s article last year exposing 21 modern-day ads was a brutal reminder if ever we needed one.

2.     Diversity behind and in front of the camera: Let’s expand who we employ, how we employ. Not just staff of course, but also in terms of producers and directors. Free the Work, the organisation (originally called Free the Bid) founded by director Alma Har’el to help ensure a more diverse representation of talent in the commercial industry, plays a vital role in helping teams create more impactful work, and engage broader audiences. Free the Work should be a go-to bookmark for everyone sourcing talent.

3.     Push the cultural envelope: As brands commit to spark and contribute to positive social change it’s incumbent on us as their advertising partners to commit to braver thinking, even out-and-out controversial ideas if they can push society forward. We need to bring our (creative) A game to the table and remember that sometimes to move the needle, you have to be prepared to be divisive in order to engender social change.

Being different, bold, even audacious is scary. Particularly in today’s climate where clients and people at their agencies are particularly terrified for their jobs. But what the last six months has proven, if anything, is that some things are worth fighting for. And what doesn’t influence us more than watching a screen for four hours a day? Ahem.

Enjoy your telly watching. I probably should get some fresh air.

This article was originally posted in Creativebrief. 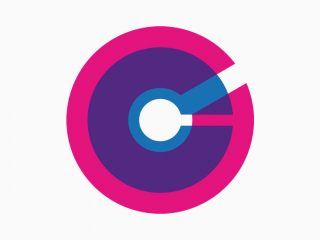 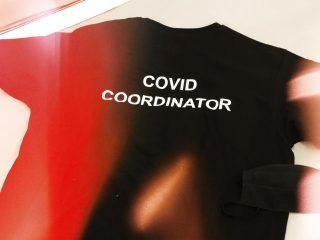