The Drum’s Agency Outlook Report aims to take the temperature of the industry going into the fourth quarter of what has been an exceptionally challenging year, and find out how confident agency leaders feel about the 12 months ahead.

For years TV advertising was apparently supposed to meet its demise. Headlines screamed it, death knells sounded, while many of us in the industry chuckled at the foolhardiness of such an idea: wherever there are audiences, there will always be advertisers.

From 2009 to 2019, TV, in fact, proved remarkably resilient in an era of immense disruption. Despite the emergence of subscription video on demand services like Netflix, linear TV consumption actually remained steadfast around the globe.

But then came the pandemic, and with it people shut at home, glued to their TV sets and devices, hungry for binge-worthy programming. Shifts in viewing habits that were predicted to play out over the next couple of years ended up happening quicker than anyone imagined. Back at the start of 2020, video streaming giant Roku predicted consumer time spent viewing streaming TV would surpass traditional linear TV over a period of five years. Instead, it did so within the year.

If this is a new dawn, then now’s the time to (re)define creativity in digital television.

The battle of the streamers

Fast-forward to January 2021, and pundits say this year’s significant shift will be from subscription VOD to free streaming services funded by advertising. Research this month bears this out. U.S. TV viewers are more than five times more likely to prefer free or low-cost streaming TV with ads, over streaming services with higher monthly subscription fees with no ads according to The Trade Desk’s Future of TV survey. It’s looking like 2021 will be all about the streaming war on the ad-supported side of the market. Hello Hulu, move over Netflix.

These changes in how people choose to pay for content on their devices, with hard dollars or in exchange for watching a couple of ads per hour, most definitely signal something huge for advertising. It’s less ‘TV advertising is dead’, and more welcome to a whole new era.

Change is happening apace. We already have nifty adtech offerings from the streaming platforms, enabling advertisers to target based on a range of data-driven variables such as demographics and interests. And many of the networks have got smart about capping advertising load, balancing a consumer-friendly lower number of ads per hour with premium ad formats like Hulu’s Pause Ads and Binge Ads that they say better align with the streaming experience. And they do, no doubt. Technically they’re clever ads. And they’re certainly less interruptive.

But are they creative? OK, Charmin toilet paper’s pause ad on Hulu is pretty smart in terms of an ad format. Transparent background so you can still see the paused programme behind, and static so it doesn’t interrupt your show viewing experience. But is it a great ad? If creative quality is the most critical driver of a campaign’s success, as a survey from Nielsen suggests, surely the fact it’s clearly not a great ad does matter?

If this is a new dawn, then now’s the time to (re)define creativity in digital television. If we genuinely want to create next-level ad experiences that combine the potency of the big screen with the hyper-targeting and interactive possibilities of streaming TV, then it’s time we step up to the plate. Ad-funded VOD audiences are watching ever more sophisticated, cinematic content, and ads that lack creative quality will only start rubbing them up the wrong way.

What might innovative, daring creative advertising look like on these platforms? Well, with the ad-load capping we’re seeing, many say the rational response is to create shorter ads to maximise the ad minutes per hour permitted. But is shorter the answer? Personally, I think we should make the case for longer, more episodic film-based ads that seamlessly integrate into the surrounding programming content. But at the very least, we should be thinking about ad content that resonates with a show’s audience and how a brand can piggyback.

Take something like Lupin, the hit French action-drama on Netflix, or indeed any one of those cool Nordic Noir thrillers. Imagine if language learning app Babbel gave you a French/Danish/Swedish taster lesson in the ad breaks. But instead of learning how to ask, “Where is the discotheque?’ you’d be able to impress your friends having learnt phrases, cusses and one-liners from what you’ve just seen in the show. Or Bridgerton, loved for its innuendo, fabulous costumes and wonderfully regal, period locations. Imagine English Heritage or the National Trust using your location data to serve up local stately homes to visit or Bridgerton-esque romantic strolls you might want to go on nearby.

We’re in danger of veering off into some deep-tech space where we forget to treat audiences as actual audiences.

Time to revel in the freedom

Right now, it feels like platforms like NBCUniversal’s Peacock, Roku, and Hulu are hyper-focused on what makes advertisers happy (ultra-precise targeting, customisation) and how they can further monetise that happiness. But as an industry as a whole, I can’t help thinking we’re in danger of veering off into some deep-tech space where we forget to treat audiences as actual audiences. For all the impressive targeting capabilities that streaming TV advertising offers, its success is undoubtedly first and foremost about innovative storytelling that will keep viewers engaged.

Ironically, VOD commercials were always seen as the poor cousin of linear TV advertising. Ironic, because the truth is that ad-funded video on demand actually allows for more creative freedom than linear TV advertising, given the latter’s programming constraints. I say, let’s embrace that freedom wholeheartedly, double down, and bring truly creative advertising to the platforms as this new environment evolves.

This article was originally posted in Creative Brief. 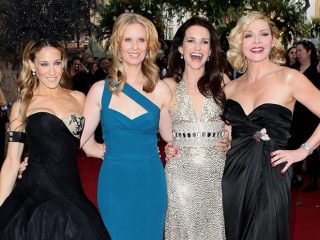 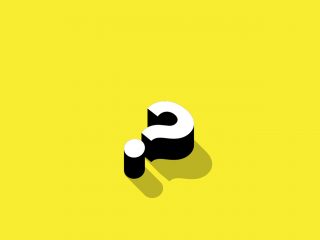