International Women‘s Day is upon us and brands all over the globe have been responding to this year’s theme, ‘Break the Bias’.

Created for International Women’s Day, but relevant every day, Imagine is a poster campaign which asks us to

Taking place on March 8 each year, International Women’s Day offers an opportunity to celebrate the achievements of women around the world, remember those who have fought for their rights and reflect on how we can continue the fight for equality.

This year’s theme is ‘Break the Bias,’ encouraging us to imagine a gender-equal world free of bias, stereotypes and discrimination – one that is diverse, equitable and inclusive, and where difference is valued and celebrated. Here, The Drum highlights the best campaign responses.

Wonderhood Studios have collaborated with Vice columnist and former Love Island star Megan Barton-Hanson to launch a sex-positive hotline. The agency says the purpose behind the hotline is to close the orgasm gap – a social phenomenon that highlights the disparity in sexual pleasure between men and women. Research indicates that during heterosexual sex, cis-women only reach climax 31% of the time, compared to 91% of men.

The Economist: Women Shape the Future

The Economist is marking International Women’s Day in several ways. Education campaigner and Nobel laureate Malala Yousafzai will be the first guest editor of “By Invitation,” The Economist’s online section for guest essays. In addition, it will publish the findings of its yearly Glass Ceiling Index, which combines data on higher education, labour-force participation, pay, child-care costs, maternity and paternity rights, business-school applications and representation in senior jobs. These stories will be featured on The Economist’s International Women’s Day hub and supported by a content-led marketing campaign “Women shape the future.” The campaign focuses on future-building and the education of women and girls. Creative for the campaign was produced by The Economist’s in-house studio team, and will appear on digital display, social and podcast platforms.

Spotify is celebrating International Women’s Day by sharing the music and stories of women creators, artists, activists, and nonprofits around the world. The music, lyrics, and voices coming from women in the industry and beyond are complex and vibrant— something it says it is amplifying for listeners this month through the creation of platform initiatives, the release of new music created entirely by women, and off-platform nonprofit support. In the UK & Ireland, Spotify is launching a new playlist series inviting four of its previous Equal Ambassadors of the month to co-curate an all-female playlist with an emerging artist of their choice.

Phyllis Robinson was a pioneer, not just for women but for the creative advertising revolution that she helped ignite, changing the face of the industry forever. She was one of the founding employees of Doyle Dane Bernbach (DDB) back in 1949, the agency’s first Copy Chief and the first female Copy Chief in the United States. But in 1949, men stood in the spotlight. While Bill Bernbach is often credited for sparking the creative revolution, only some know Phyllis Robinson was the true influence behind so much of DDB’s iconic work for Orbach’s, Volkswagen and Polaroid. As an extension of the highly-awarded ‘Highlight the Remarkable’ campaign from Stabilo Boss and DDB Germany, DDB highlights Phyllis, her legacy and her trailblazing spirit that lives through employees everywhere today.

The user-generated campaign by Adidas celebrates the women of the United Arab Emirates by giving them the chance to feature on digital billboards across the city, simultaneously showcasing and celebrating their stories of seeing possibilities in sport and beyond.

The digital billboards – spotted on Sheikh Zayed Road, Dubai’s main highway – feature inspirational women of Dubai who have made their impossible possible and are breaking down barriers on and off the pitch, court, track and field. Included on the billboards are adidas brand ambassadors Raha Moharrak, Baraa El Sabbagh, Emmanuelle Bonham, Nouf AlAnzi and former Emirati weightlifting champion Amna Al Haddad.

The financial giant is using IWD to highlight that women are currently retiring with half the pension income of men.

The campaign, by Zenith and Adam&EveDDB, has a bold media strategy that will see Channel 4 run a bespoke Scottish Widows ident that interrupts targeted programs on TV and VOD, including C4 News, Gogglebox, George Clarke: Amazing Spaces and 24 Hours in A&E. During each show’s half-time break, the familiar Channel 4 announcer will inform viewers that the show has concluded, but only for female viewers: meaning women are only seeing half of the show. After a short pause, the VO continues: “Frustrating? What’s more frustrating is that on average women are retiring with only half the pension of men.”

The ident will be supported by a Mail Metro cover wrap and high-impact press formats, along with Twitter’s ‘first view’ takeover.

Channel 4 is marking International Women’s Day by focussing on the phenomena of ‘manterruptions’, the increased likelihood of men interrupting someone of the opposite sex in conversation.

Drawing on research suggesting that men are 33% more likely to cut off a woman than another man the interjection draws attention to the issue by having male continuity announcers repeatedly interrupt their female colleagues to highlight how exasperating it is to be talked over.

#LetHerFinish runs throughout today across Channel 4 and All4 with custom clips appearing on social media throughout the day to engage audiences in a playful and meaningful manner.

Elvie’s brand ethos is to take ’women’s tech out of the dark ages’ and spotlight the amazing biological complexity of women, beyond aesthetic values, across every phase of their life.

’Smart Bodies’, by creative agency partner Mother, features multi-genre artist Eva Lazarus who takes center stage to perform Elvie’s new anthem that champions the smartness of women’s bodies, with lyrics that are a powerful tribute to womanhood and motherhood.

Publicis’s VivaWomen group has created a film to shine a light on the diverse, lived experiences of people going through menopause.

Created by Prodigious, the film aims to raise awareness of the impacts of menopause on mental and physical wellbeing while highlighting a serious support gap, particularly in workplaces.

It was shown to Publicis staff as a reminder of the group’s menopause policy and training it launched last year.

CPB London has worked with research agency Perspectus Global to assess how children are still affected by unconscious gender bias.

It revealed that 39% of the children polled thought that “mummies should look after babies and do all the housework” with 38% agreeing “daddies should go to work“.

Off the back of this, CPB London has created a series of posters that invite the public to simply “imagine” the person who assumes a particular job title, including a chief executive officer, a doctor, a nurse and a makeup artist.

Barbie has announced Dame Pat McGrath DBE as a UK Barbie role model by unveiling a one-of-a-kind doll created in her likeness.

Pat McGrath is the world’s most influential makeup artist and founder of the billion-dollar beauty brand Pat McGrath Labs. For more than 25 years her creative vision has made her a tour de force whose legendary and creative power has transformed both beauty and fashion on a global scale.

In addition, the brand has announced its first-ever global Dream Gap Project partnership with charitable organization Inspiring Girls International. Founded by Miriam González Durántez, the non-profit works to raise the aspirations of young girls by giving them the tools to broaden their horizons and aim high. Together, Barbie and Inspiring Girls International will work with local schools in the UK, USA, Spain, Italy, France, Poland, Brazil and Australia to deliver Dream Gap workshops featuring advice from trailblazing Barbie role models.

LinkedIn has sponsored the Uefa Women’s Euro 2022 tournament and partnered with International Women’s Day in a two-pronged thrust to “make work work for women”.

In the run-up to International Women’s Day on March 8, LinkedIn will play its part to tackle the systemic barriers that hold women back in the workplace, supporting this year’s ‘Break the Bias’ theme of the global holiday.

To magnify these efforts, the business networking platform will also promote female footballers as part of efforts in the summer to stimulate conversations around empowerment, leadership, wellbeing and diversity.

The United Nations Forum on Sustainability Standards (UNFSS) is working with content agency Green Park Content on the latter’s initiative ‘Green Park for Good’ to raise awareness of gender equality through women’s economic empowerment – which is an anchor toward UN Sustainable Development Goal (SDG) 5 – gender equality.

Green Park hopes to give back to the community and create a social impact among the organization and employees.

As part of its ’Pay It Forward’ campaign, the platform has joined forces with Singapore-based Mount Faber Leisure Group and the Humanitarian Organization for Migration Economics (Home) to gift female MDWs with 200 passes for the Cable Car Sky Network.

The public will also be invited to donate the Cable Car Sky Passes in support of the cause. The total number of tickets secured at the end of the campaign will be distributed by Home, an organization dedicated to the welfare, empowerment and advocacy of MDWs.

This article was originally posted on The Drum. 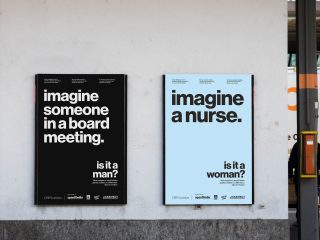 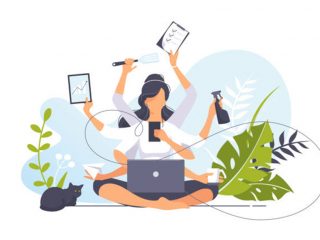