When you think of a whisky drinker, what comes to mind? An old white male, with a penchant for cigars? This stereotype is further perpetuated in media and culture – just search for ‘whisky drinker, on Google and see what image you get back. TGL set out to break this stereotype.

Think of a whisky ad and you’d be forgiven if shots of rivers and fields came to mind, type ‘whiskey drinker’ into Google Images and find an array of middle-aged white men in suits. Throwing away these outdated stereotypes and setting out on a mission to change the idea of a ‘typical’ whisky drinker – one image at a time, The Glenlivet has launched its new #BreakTheStereotype campaign from creative agency CPB.

Based on research conducted by Pernod Ricard that shows just how much today’s modern whisky drinker differs from the Google Images stereotype, The Glenlivet’s new campaign aims to shine a light on the array of whiskey drinkers in 2022; where a third of whisky drinkers globally are women, for example.

The campaign has seen Glenlivet infiltrate search engine algorithms, planting images within relevant commissioned content to switch up the visual landscape and represent the whisky drinkers of today. Now, when users search ‘whisky drinker’ they are greeted with a colourful montage representative of the unique and diverse audience.

The imagery littered across Google Search has been captured by two photographers: Danny Kasirye, a Ugandan-British photographer and director whose photography aims to bring a sense of purity, joy and beauty in its many forms and California-based Devyn Galindo, a queer Chicanx artist, photographer and Whisky Sour devotee, whose work exists at the intersection of culture, representation, and politics. These artists were carefully selected to ensure that those behind the lens were as representative as those in front of it and were best able to capture the spirit and joy accurately.

“Together with the photographers we wanted to shine a light on the unseen whisky drinkers among us – serving up bold, unexpected, vibrant imagery to celebrate the incredibly diverse world of whisky today,” explained Dave Day, executive creative director at CPB London.

The campaign aims to embody the brand’s mission to challenge the status quo and set new standards in the world of whisky, broadening the drink’s place within culture.

“#BreakTheStereotype continues The Glenlivet’s pioneering heritage and shows that we will never be held back by limiting preconceptions. We know there is a diverse range of whisky fans across the globe, one that continues to grow – yet the old stereotype surrounding whisky remains. Time for us to change that.” added Miriam Eceolaza, Global Marketing Director, The Glenlivet & Single Malts at Pernod Ricard.

To further support the campaign in its promotion of diversity in whisky, The Glenlivet has partnered with Equal Measures, an organisation founded to deliver greater equity for ethnic minorities and marginalised groups in hospitality. As part of the partnership, The Glenlivet is supporting Equal Measures through its Education and Mentorship Scheme by providing up to 30 participants from marginalised communities with access to qualifications, one-on-one mentorship and opportunities that will enable them to continue to challenge everyday bias.

By smashing stereotypes and making meaningful steps toward greater representation, The Glenlivet not only opens up to new audiences but shows an awareness of its position within culture; with this campaign the brand exemplifies how positive change can be driven forward in such a long-established industry. 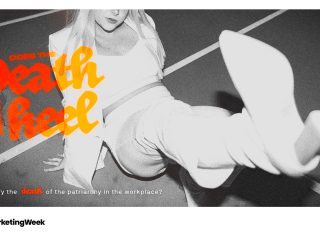 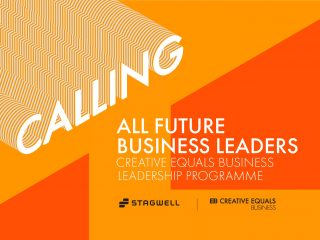