With so few people aged over 50 working in marketing, is it any wonder those in their later years – and particularly women – feel underrepresented in advertising? Marketers need to double down on audience research to truly understand this vast demographic.

“Age – and particularly the space where ageism meets sexism – is the part of the diversity agenda which is always neglected” says Eleanor Mills, founder of Noon, the community created to empower mid-life women. Take five minutes to look at the make-up of your marketing team, and you’ll realise she’s bang on. Ageism, but specifically gendered ageism, is a huge problem: it’s a commercial failure, a failure for all women, and a failure for society.

We live in a culture that undervalues age and experience, and we operate in an industry obsessed to distraction with youth culture. In an effort to stay ‘aspirational’, we script ads in which mid-life+ women rarely feature or when and if they occasionally do, we consistently recruit younger women to play older women.

Is it any surprise that new research that we’ve undertaken at CPB London reveals that as women in the UK age, they increasingly feel invisible to advertisers, with six out of ten of those aged 55+ saying there is a distinct lack of representation of older women in advertising?

Addressing this neglectfulness is a massive opportunity for brands: Women over age 50 account for 27 per cent of all consumer spending (that’s 3 per cent more than men of that age). Meanwhile, 80 per cent of the UK’s total wealth is held by those over 50 (the majority of which is predicted to be in female hands by 2025.)

Of course, it’s not just that brands are overlooking older women – too many are also guilty of defaulting to lazy and inaccurate stereotyping of any midlife woman they do seek to present: A survey of women last year showed that while 63 per cent of respondents feel that younger females are portrayed positively by the ad industry, just 20 per cent share that belief when it comes to older women’s representation.

And then there are the brands who consider themselves female-centric but whose misguided efforts to create what they think are positive representations of older women are actually contributing to additional layers of social pressure. Just think of the widespread use of the impossible term ‘anti-ageing’ by beauty brands, and it won’t come as a shock to hear that 77 per cent of women over 45 agree that advertising contributes to the pressure to stay young (kudos here to The Body Shop for this month’s relaunch of their original ‘Drops of Youth’ best-seller, now rebranded as Edelweiss and any mention of ‘anti-ageing’ intentionally removed from product marketing.)

Our industry’s default position that youth = culture + creativity means that today the over 50s represent just 6 per cent of the advertising community’s workforce. (To put that in perspective, 22 per cent of those in finance, 28 per cent in medicine, 30 per cent in science and 35 per cent in law are over 50.)

Overlay gender onto those stats, and I’d venture the number of mid-life+ women in the most senior marcomms roles today is…. minuscule. If there’s literally no one on your team who embodies your target audience, how can anyone in that target audience ever hope to see themselves in your marketing? As Mills puts it bluntly, “too much advertising output is dominated by ‘male lens’ thinking; only valuing women for their fecundity and fanciability.”

A first step to help change those optics is to double down on audience research in an effort to truly understand older women’s shifting, multi-layered and intersectional drivers. But when mid-life+ female C-suite execs (but also product developers, strategists and creatives) are so thin on the ground, teasing out the real insights from any data – and actually acting on those insights – just isn’t going to happen. Dr Sarah Welsh, co-founder at sexual wellness company HANX, sums it up when she says, “Data and insights go only so far – lived experience is crucial. It’s very difficult to consider and address (older) women’s needs when they might not be on your personal radar.”

Jo Martin, chief marketing officer at Dreams agrees, “I don’t know if marketers are investing enough in understanding what women in their 50s are truly going to respond to. But to take things a step further – I also don’t know how many men are able to understand the insights that relate to older women, and run with them.”

Martin references the brand’s high-end TEMPUR mattress range with built-in CoolTouch™ technology, a benefit that will immediately appeal to any menopausal woman reading this – but which up until now hasn’t been actively marketed as such. Nine months into the role, Martin sees this as a massive opportunity for her to be ‘pokey’, as she puts it, to ensure she’s delivering marketing that speaks in freshly relatable ways to a large swathe of Dreams’ target audience, “As an older woman you’re watching your parents age. Your kids are leaving home and living their best lives. That’s before you even get to the menopause. Things are so very complex. A brand that can understand this intersection and talk to you on your terms? There’s just so much opportunity.”

But what about brands that live in fear of alienating their younger audiences if they actively associate themselves with older consumers’ wants and needs? While the risks and rewards will vary across categories, of course, L’Oréal’s 2019 partnership with Vogue magazine on the ‘Non-Issue’ issue, created for and by women aged 50+ provides some interesting learnings: the issue in question outsold the regular September magazine, with L’Oréal stating that by championing female empowerment among older women, the brand cemented its relevance in the hearts of progressive women in their 30s.

A fact that chimes with findings from our own research, revealing it’s young men and women (18-24) who most want to see women breaking age stereotypes in advertising. “Gen Z is hugely aware and determined to hold themselves, society and brands to account for bias and stereotyping… for them, age simply isn’t as divisive as it may have been. In Gen Z’s eyes, we’re all global citizens and deserve equal representation,” HANX’s Welsh reminds us.

It’s clear the financial upside to getting marketing to older women right is significant. By challenging preconceptions and smashing stereotypes that still often hark back to our grandmothers’ eras, marketers have the chance to unlock a whole new audience. At 25 per cent of the population, this audience is anything but niche. On top of that, it’s one with serious spending power.

But it’s not, and it never should be just about the financials. Yes, our industry didn’t invent gendered ageism, but we certainly have an opportunity to decide if we replay negativity via our marketing or reimagine things for the better. Times are changing, tides are turning, and the younger generation expects us to keep up. Marketing and advertising have, in their own ways, contributed much to the huge shifts in attitude we’ve seen around race, disability and sexual orientation. Isn’t it time we now also help move the needle on ageism? 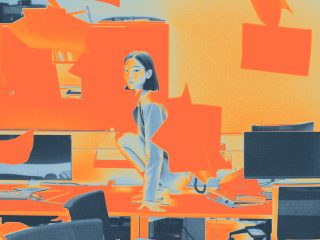 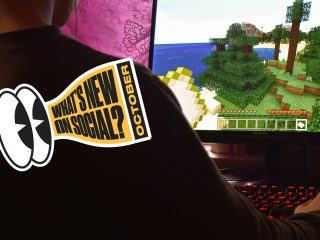