Your guide to breaking female stereotypes

Christmas may be heaped with fun traditions but marketing is doing women a disservice with Christmas advertising falling prey to female stereotypes. 30 seconds is a short amount of time to get a message across, so I can understand why we use stereotypes and visual cues to help us, ‘this is the mum, this is the dad’ and this is the audience etc. But inadvertently some of these might be pushing a reductive message. So here’s a guide and a few pointers to help us not make the same mistakes next year. And the year after that. And the next one. You get the idea.

The Object of Desire

She’s hot, she’s a model, I want to be her, she doesn’t talk, she’s probably not that intelligent but who cares. She’s probably selling me perfume but also dabbles in cocktails, jewelry, and nice watches. What does this tell us? That the priority for women is still to be pretty. That this overrides intelligence, despite the fact that more women graduate than men. More adverts are voice-overed by men as they are seen as the authority, more respected, and worth listening to apparently. Women are losing their voices in adverts to be observed. As Wednesday Addams would put it, ‘a classic example of female objectification and for the male gaze’.

✷ Give her a speaking role in the script. If traditionally the voice over is expected to be male, try using female.

✷ Include cues to show intelligence through props like books, magazines, or costume that shows she’s a business owner, a doctor, a scientist

✷ Make her the voice of authority or source of information

Nothing says xmas like a good romance. Because we’re all meant to be in monogamous relationships apparently. Married off by the time we’re 30 with kids and a house and a mortgage. I don’t see a woman over 40. As Lindsay Lohan tries to persuade me to drink ‘Pilk’ (Pepsi and milk) as she enjoys her new Netflix beau or while the National Lottery tells me I will find my true love on a London train before sharing his millions, I’m filled with xmas dread. And George Michael echoeing hauntingly in my ear.

✷ If we are resorting to a love story, subvert some of the traditions

✷ How do we usually represent relationships? Is this really how women today live?

She takes care of the children, while her husband is distracted by the football (ahem Kevin). She’s in charge of the xmas dinner and most certainly the food shop. She’s worried about the in-laws and family visits or misses her children dearly. From my xmas ad viewing, women are still shown as the primary care-giver whereas men are given traditional roles. Tesco’s has a lot of men taking out the bins, for example, and Aldi’s male carrot guards the house from intruders. Men are still presented as the makers, protectors and constructors of things and women the emotional care-givers.

She’s the diverse cast member the brand has added to feel inclusive. This year I noticed an improvement in casting – with Boots including a young RuPaul inspired teen character and Tesco including a Down’s Syndrome child, but we still have a way to go

✷ Make these characters the lead, not the extra

✷ Give them lines, backstories, substance

✷ Make them feel authentic, not a box to be ticked

You’re probably started to think about next year’s xmas advertising already because let’s face it, this show never ends. I hope these pointers will help you push some of the traditional female narratives. Good luck, reconsider the use of a remake of a song (just for my own sanity) and happy xmas. 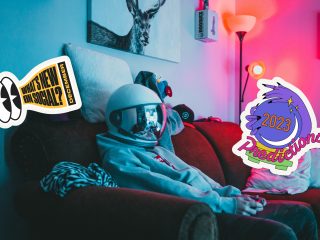