As the Finnish Prime Minster outlines plans to roll out a four-day working week, Helen James considers the inspiration adland in the UK might draw from the move.

Maurice Levy, former head honcho of Publicis Groupe, once said of France’s strict legislation designed to shorten the working week (legislation that is 20 years old this month): “I like the 35-hour week so much, I do it a couple of times a week.”

Looking back, that quote now feels like less of a thinly veiled promise about superior client servicing and more like something only a baby-boomer CEO could ever have said.

Times and attitudes are, thank God, starting to change. As Finnish Prime Minister Sanna Marin (pictured, above) recently said by way of the rationale for her policy trial: “I believe people deserve to spend more time with their families, loved ones, hobbies and other aspects of life, such as culture. This could be the next step for us in working life.”

This, it’s worth noting, is from the leader of a country ranked the third most innovative in the world in Bloomberg’s 2019 Innovation Index. Clearly, Finland knows something about creativity and the world of work. (Interestingly, the Netherlands, whose citizens currently enjoy the world’s shortest working week at 29 hours, also regularly makes the top five in various global innovation rankings.)

Back in the UK, while progress is indeed being made – in September, Labour committed to a shorter working week as a key part of its election pledge (that turned out well for them…) – work needs to be done to assure bosses, clients and even employees themselves that shorter working hours lead to higher productivity and creativity. While the proof is there already (Microsoft recently found that implementing a four-day work week led to a 40% boost), old habits die hard.

If the positive – increased productivity – doesn’t encourage us to make changes quickly enough, perhaps the negative – the declining mental health of workers – will.

Back in 2018, a group of business leaders, including many from the media and agency world, lent their voices to a campaign calling on then Prime Minister Theresa May to tighten health and safety rules in order to protect employees’ mental health.

Adland’s luminaries had an important and informed perspective to share, given the scary stats about mental health in their industry: a 2018 study in Australia revealed that ad executives there were more likely to show mild-to-severe symptoms of depression and anxiety than the general population.

The very nature of our industry is at fault here – one built on hectic pitches, tight deadlines, various forms of excess and (some would say) tortured creative genius. But add to that the pressure of clients’ growing expectations and the understandable trend towards in-housing, and it’s not hard to see how and why advertising employees’ work/life balance is seriously under threat.

At the same time, our clients are also facing their own internal pressures, leading to many of the same work/life balance challenges.

The marketing world as a whole is in dire need of a seismic shake-up – perhaps one that can only come from the top. That’s why experiments such as Microsoft’s above (and Kellogg’s introduction of a six-hour work day way back in 1930) are significant: industry behemoths addressing weighty socioeconomic issues and laying important groundwork.

Working shorter hours might seem counter-intuitive at such a period in our industry’s evolution – and, yes, as managing director of a London agency facing many of the above issues, I’m not going to mandate a four-day week here overnight – but it is a progressive move we should at least consider.

Particularly so given the expectations of young people coming into the workforce: a study last year showed that, unsurprisingly, a four-day working week is seen as attractive by 75% of the Generation Z people surveyed.

Surprisingly, perhaps, rather than relaxing they’re using their additional free time to build creative side-gigs, upskill and do good in the community. How brilliant and inspiring is that? Surely there’s a lot in there that we could all take on board. (When I recently gave a talk to students from the University of South Florida interested in our industry, it also became clear that for Gen Zs, the prospect of a four-day work week would seriously influence who they want to work for.)

The potential benefits of a shorter working week should inspire us as an industry to take a trial-and-error approach as the best way forward. Kudos to Publicis for breaking new ground this time last year, even if that particular exercise didn’t fully pan out at the time.

The UK companies and organisations that manage to first figure out what a successful four-day week looks like will have earned the competitive advantage they deservedly go on to win. Until then, I shall be quietly celebrating the wonderfulness of Ms Marin – and thinking about how to get her to an upcoming Creative Equals/Business event. I can dream.

This article was originally posted in Campaign. 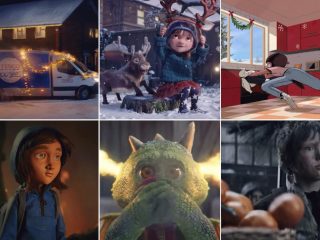 Previous Post (p) Great advertising is for life, not just for Christmas

Next Post (n) What I've learnt by Dave Day