Ballantine’s, the second-best-selling Scotch whisky in the world, has launched a new campaign across 20 markets as it looks to appeal to a younger, more diverse audience. We catch up with its global head of brand communications, Josh McCarthy, to hear how it created a campaign that’s relevant in every corner of the world.

Ballantine’s has steadily been attracting new generations of drinkers since 1827, but with the rise of digital and a greater emphasis on international sales, it has had to craft a story that’s as relevant in the UK as it is on the coast of China, the steppes of Russia or deep in the Amazon rainforest.

Despite being one of the world’s best-selling spirits, it has to sate demand from the next generation of whisky buyers who might start showing an interest now, or in 14 years when a spirit casked today will finally be ready for sale. There’s a huge balancing act in building demand and getting the supply right.

Josh McCarthy, who is the Pernod Ricard-owned brand’s global head of brand communications, says: ”Despite being in many markets, we don’t have as big an awareness as we perhaps should. So we wanted to go out and find an agency partner that could gather an idea and a concept that allowed us to just enrich our personality.”

Even at the surface level, most know that Jack Daniel’s is about American rebellion and mixes well with rock music (and Coca-Cola). Jameson, on the other hand, is a ”fantastic Irish brand” says McCarthy. But what’s Ballantine’s story?

’There’s no wrong way’ claims the new campaign from the Dumbarton-based brand. And Pernod Ricard hopes the creative will plant a flag in a new frontier and attract a new audience – and, in doing so, champion inclusivity and self-expression.

”We wanted to give Ballantine’s a much stronger sense of personality and to make viewers realise that it is a brand for them – an everyman brand.” This isn’t a new thrust, but a reimagining of one. ’A friend to all mankind’ has been written on the crest of every bottle for more than 100 years.

But how do you sell whisky to a 30-something when the category has traditionally been the dominion of a more mature consumer? ”Whisky requires patience and time, which is not normally something that you associate with the younger generation.”

And so for the last five years, Ballantine’s has been out to make millennial groups more aware of the brand’s craft and long-standing heritage – things that this generation does appreciate. But Crispin Porter Bogusky London has only recently been brought in to take up to the challenge.

No expense was spared in the new campaign as the agency brought in Oscar Boyson to direct (Boyson was most recently celebrated for his work behind the camera on Netflix masterpiece Uncut Gems).

The director flew to Lisbon to location scout two weeks early as it was important to him that each scene was authentic, and that involved mixing real people with some sweet drinks. Later scenes were shot in Madrid and others were contributed remotely by artist friends of the brand.

McCarthy says: ”Boyson went out early just in case, so that we didn’t have to cancel the project due to localised lockdowns. When he was out there he was just meeting people and some of those you see in the film. He’s a super endearing, chatty, lovable character, and he just got on with all these people – they are all just real friends.”

With casting out of the way, the ad had to be built on insights and address the issues facing this group, but it skirts away from Covid-19 and you’ll still see people partying (albeit in small groups). It’s an ad that Ballantine’s hopes will remind the world of fun and travel, and it is one it hopes to run long-term, especially post-pandemic.

”We were very mindful of the situation during filming, but on the flip side we know that people haven’t forgotten what it’s like to have fun. They miss it. There are a lot of ads out there that are a bit down. We remind people that there are great things out there, even if we’re in a terrible moment at the minute.”

He’s glad to just come out and ”stand up for self-expression and people doing whatever they want to do” in this environment.

There’s another level to the campaign. At the heart of all of this is the insight that whisky is a complicated, saturated and expensive category to get started in. Accessibility is key.

”We have something for everybody and Ballantine’s gets drunk all over the world. It has a really accessible flavour and taste profile, it is easy to mix and we make it inclusive for everybody. We think this is quite a nice way to open ourselves up to the word of Scotch and have a differentiated point.”

Production was difficult due to Covid-19 concerns. So working with CPB, the brand paid for the production in blocks and did a little at a time to minimise the risk of a lockdown. ”It was a real challenge planning a shoot in these circumstances. So I think we’re just super proud.”

Now, there’s a 2m 22s film of people having fun, with localised scenes for each market. There are 104 edits of the ad, fit to run across 20 markets and on numerous platforms. ”We can dial up to be culturally relevant,” McCarthy concludes.

This article was originally posted in The Drum by Josh McCarthy. 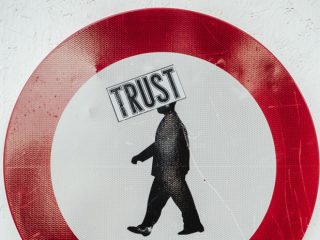 Next Post (n) Trust is more than just an RTB